This past June, two of our New York Chapter Members were honored with the designation of ASHRAE Fellow. Below, an interview by Chapter Historian Brian Menz with new ASHRAE Fellow Don Winston. 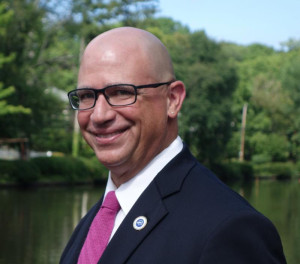 Q:  Would you give a brief biographical sketch of your life.

A:  I was born in Brooklyn, New York. I grew up in the village of Great Neck, NY on Long Island. I am one of four children. I received a degree from Rensselaer Polytechnic Institute in Troy, NY.

Outside of the HVAC industry, I enjoy sailing and I have worked as a sailing instructor.

Q:  What attracted you to engineering and the HVAC industry?

I have always had a fascination with system dynamics. Early on I realized that I have an intuitive understanding of fluid mechanics and the elements at play.

Q:  What was your first job in the HVAC industry and where did it lead?

A:  The first job after I l graduated was as an assistant super at AD Winston. After that I moved up to an expeditor. Over time I continued to learn the mechanical contracting business and remained with AD Winston for 12 years. I left as a corporate vice president running major projects.

Q:  Describe the industry at that time. What were the challenges that you and your colleagues were facing?

A:  HVAC systems were becoming more complex. MEP consultants were facing a lot of pressure to reduce design and engineering fees. This meant that the gaps in design and scope were left to be figured out by mechanical contractors. There were always many challenges to fill in the blanks to get working systems.

Q:  How and when did you get started in ASHRAE?

A: I started as a student member in college and have been continuously involved ever since. In 1990 I was able to attain my Professional Engineering license. I began to participate at the national level in 2002 and 2003 at which point I worked on committees and attended national meetings.

Q:  What was your ASHRAE chapter, regional and Society experience?

A:  Historically I’ve felt that the NYC ASHRAE chapter was always weak. It seemed to be run by salesman, for salesman, rather than by engineers. Recently I’ve seen a turnaround as younger members have taken the reigns.

While in ASHRAE, I have worked as a contractor, commissioning agent, owner, and now as an independent consultant.

Q:  What do you consider to be the major accomplishments during your time with ASHRAE?

A:  I’ve been fortunate enough to co-author several pieces for ASHRAE. I am currently a member of Technical Committee (TC) 7.6. I was formerly a member of the Building Performance Metrics (BPM) Steering Committee. I am on the editorial board of the High Performing Buildings publication.

Q:  Are there any things that you wish you could have done differently?

A:  There is nothing in particular that comes to mind. I have been fortunate enough to have a wide breadth of knowledge and experience that few others can compare to.

Q:  What events have changed the HVAC industry since your involvement?

A:  The industry has changed in response to external issues such as financial pressures. Many things have changed as far as how HVAC gets done but everything in the industry continues to come down to money.

Q:  What has ASHRAE meant to you personally?

A:  I feel that ASHRAE is a clearinghouse for industry information. It is a place to meet and communicate with like minded people on a common subject matter. It is a place to have your accomplishments recognized by others who understand them.

Q:  What advice would you give to a young person entering the HVAC field?

A:  I would recommend young people to get as much experience as you can and to try to get some experience in service or building operations. As a service technician starting up and repairing HVAC equipment you really get a different perspective as to where equipment should be located.

An important lesson to learn is that in a dispute between a designer and an operator, the operator will always win in the end.

Q:  What other interests and/or hobbies do you have?

A:  Outside of work I enjoy music, specifically playing the Euphonium. I also enjoy cycling and sailing.

Q:  Any other comments you would like to make?

A:  I would like to say thank you to the chapter for their support and nomination.

This is a reprint from the ASHRAE, NY – October 2014 Newsletter